Croatia started their six-month Presidency of the Council of the EU on 1 January 2020. Croatian Presidency listed the following four priorities “A Europe that develops, a Europe that connects, a Europe that protects and an influential Europe”. Also, Croatia underlined the importance of responding to threats such as disinformation online. Furthermore, Croatia will continue work on Collective Redress Directive (more updates are available under one of the following news items) and organise a conference to raise stakeholder awareness on consumer issues and encourage cooperation amongst consumer policy and consumer supervising bodies. After Croatia, Germany will start its six-month term on 1 July 2020.
©European Council, Council of the European Union 2020 (available here) 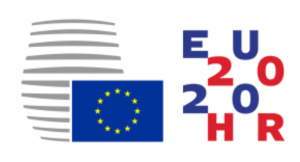 The EU focused news outlet Euractiv published a leaked version of European Commission’s White Paper on Artificial Intelligence (AI). According to the document the European Commission is considering five possible regulatory options for AI: “Voluntary labelling, sectorial requirements for public administration and facial recognition, mandatory risk-based requirements for high-risk applications, safety and liability and governance”.  Although the paper recognizes positive impact of AI it also underlines possible challenges and concerns linked to liability, discrimination and transparency. These issues could be addressed in a regulatory framework. You can find more information here. The white paper is expected to be officially adopted by the European Commission on 19 February 2020. According to 2020 work program mentioned above, the European Commission will later in 2020 also propose a legislative act on AI that will address issues such as safety, liability, fundamental rights and data.
©European Commission 2020 (available here) 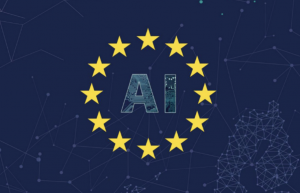 This website uses cookies to improve your experience while you navigate through the website. Out of these, the cookies that are categorized as necessary are stored on your browser as they are essential for the working of basic functionalities of the website. We also use third-party cookies that help us analyze and understand how you use this website. These cookies will be stored in your browser only with your consent. You also have the option to opt-out of these cookies. But opting out of some of these cookies may affect your browsing experience.
Necessary Alltid aktiverad

Performance cookies are used to understand and analyze the key performance indexes of the website which helps in delivering a better user experience for the visitors.

Analytical cookies are used to understand how visitors interact with the website. These cookies help provide information on metrics the number of visitors, bounce rate, traffic source, etc.

Advertisement cookies are used to provide visitors with relevant ads and marketing campaigns. These cookies track visitors across websites and collect information to provide customized ads.

Other uncategorized cookies are those that are being analyzed and have not been classified into a category as yet.